Don’t be ashamed because you want to make changes….. 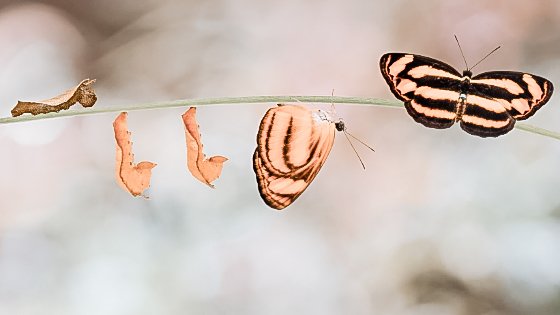 Have you ever been told, “you’ve changed” by someone you know? Like in a real judgy, negative way?

I remember the situation even though it was almost 20 years ago. It was my mother who delivered the phrase during a joint session I had asked her to come to with my therapist.

You see, I was growing and evolving, and she did not like it at all. My co-dependency on her was waning, and I no longer did and said what she wanted. It turns out that the person I was when I was living under their roof was not someone I liked very much. I suffered from severe anxiety, and I had such a hard time admitting when I was wrong. I judged people a little too harshly and had no problem walking away from a friend. If someone did even the smallest thing wrong, I would forget about all the good inside them.

I learned this behavior from my mother in her actions and her dealings with her friends, and I honestly didn’t know any better. But, when we know better, we do better (hopefully), and that was what I was trying to do.

I brought her to therapy with me in hopes that we could both better accept and understand each other with the help of a neutral person.

It was clear from the second we began our session, which was cut short due to her late arrival, that she was on the defense.

She told me that she didn’t know the new person I had become and that I was not the young woman she has raised.

What I realized over time, and through lots and lots of therapy, was that I had no reason to be ashamed for changing. After all, if we are not growing, we are dying, no? Being a former people pleaser, the fact that she called me out as having changed shook me because, until that moment, I thought that staying the same was the goal.

You should not be the same person you were last year or even last month. We, as humans, should always be evolving into the person we are meant to be.

Going through infertility is no different; you should be growing and changing with each cycle too. Do not stay the same person you were when you started if it isn’t serving you. Do not continue to do cycles with the same protocols if they aren’t working for you.

Change is NOT a bad thing and actually might be the very thing you need to move the needle closer to a baby. Change is scary to us and everyone around us when it happens. But the quicker you embrace it and grow through it, the better off you will be.

When you need a friend to support you and tell you honestly when you should make a change, I’m here.