What it feels like to have a miscarriage after fertility treatments 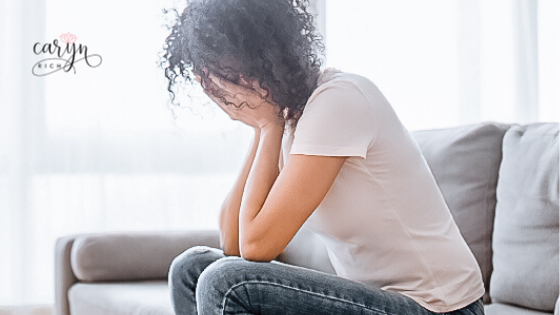 Hey there!  For those of you new to me I’m Caryn I am a 15+ IVF survivor, with a PHD in infertility.

My mission is to help other women and support them going through their own individual journeys. I wanted to talk about something that is still a bit of a taboo to talk about and it’s miscarriages.

I want to start off by saying that there is a difference between having a miscarriage, losing an infant and losing a child who has been in this world for some time.  I can certainly talk about the first two well but right now I just want to talk about what it feels like to have a miscarriage.

I know that this might be a topic that has affected some of you. If it has somewhere in your journey I want you to know that I’m there for you sister. I know what that feels like and I know what that disappointment feels like. When you get that positive pregnancy test and for some of us who’ve been going through or had gone through infertility, you know, everything is riding on that first pregnancy test.  We have spent a lot of time, shed a lot to tears and spent a lot of money trying to get pregnant, right? So when you get that phone call, your heart is beating and when you get a positive, it is amazing. If you have had a successful pregnancy or it’s your first positive, you don’t ever think that anything bad is going to happen. You just don’t. You don’t know that anything bad is going to happen because it’s never happened to you before. So let me tell you about what it feels like when things have gone really wrong. After you get that positive result you are ecstatic and already dreaming about nursery colors and baby names.  Then you go for your second Beta HCG or your third or even your 6th and you are told your numbers aren’t looking great. The numbers aren’t doubling the way they should and hearing this you panic. There is a lot of panic. You don’t understand what’s going on but, you still have hope as you always should. I always am a firm believer that there should always be hope when it comes to pregnancy because I do believe that ultimately whatever you believe in GOD, the universe, higher being, source make these determinations and that doctors do not know everything. I have seen this to be true firsthand. 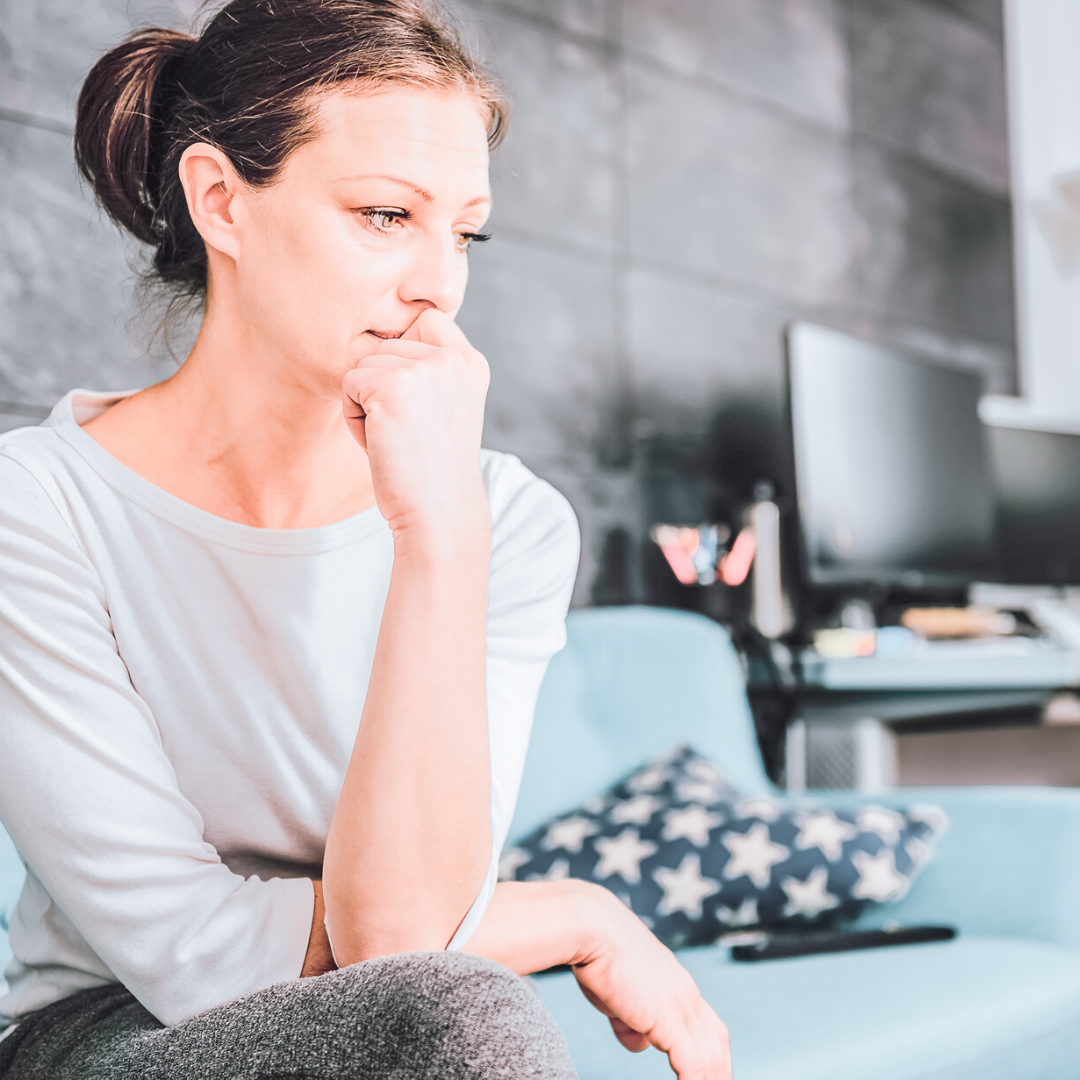 When you are told it is not a good pregnancy you can’t help but thinking, what did I do wrong? Why isn’t this working? Why does GOD hate me? I spent all this money how could this be? I mean, there’s a million things that are going to go through your mind and a million things your body is going to go through at the same time. Initially, when you’re pregnant, no matter how long you’ve been pregnant your estrogen and progesterone rise and the numbers can really get up there.  Your lining has thickened and your body has prepared for this pregnancy. Once the BHCG has gone south however, the hormones little by little start peeling away. If you’ve gone through an IVF cycle and you’ve taken hormones to get pregnant your hormones could be very high. It’s almost unfair because they’ll tell you to stop your progesterone right away like cold Turkey. Your body has to do what it has to do with a miscarriage. It has to rid itself of this unhealthy pregnancy. All of a sudden you feel empty, sad and sometimes freaked out.  I’ve had people tell me, and I know this myself, the thought of something not living inside you that once was can be very upsetting.

I would say most of the time, your body will naturally take care of itself and your hormones will drop and you will get a period again in a month or so depending on when you are back down to 0 for your BHCG.  On the occasion that it does not, a shot called Methotrexate (which by the way is a cancer drug) may be given. Your first instinct may be to blame yourself but sister you did nothing wrong. Carrying that bag of groceries or getting your hair dyed did nothing! It just wasn’t meant to be. It is so hard in that moment to say or even believe.  When a friend or family member says that to you thinking they are making you feel better it feels like a slap in the face. That doesn’t help you at that moment, you need perspective, you need time away to say there’s a reason it didn’t work.

Sometimes miscarriages are some kind of chromosomal defect and sometimes it has something to do with your body. After the fact you may want answers and it’s great when the doctors think they have an idea but truly most of the time, they don’t. For those of your who’ve been lucky enough never to have a miscarriage, if you have a friend who’s had one, you need to understand that it is a big deal going through it.  Give this person grace, space and allow them to grieve. However they handle themselves, do not judge and just lend an ear. There is NOTHING you can do to make it 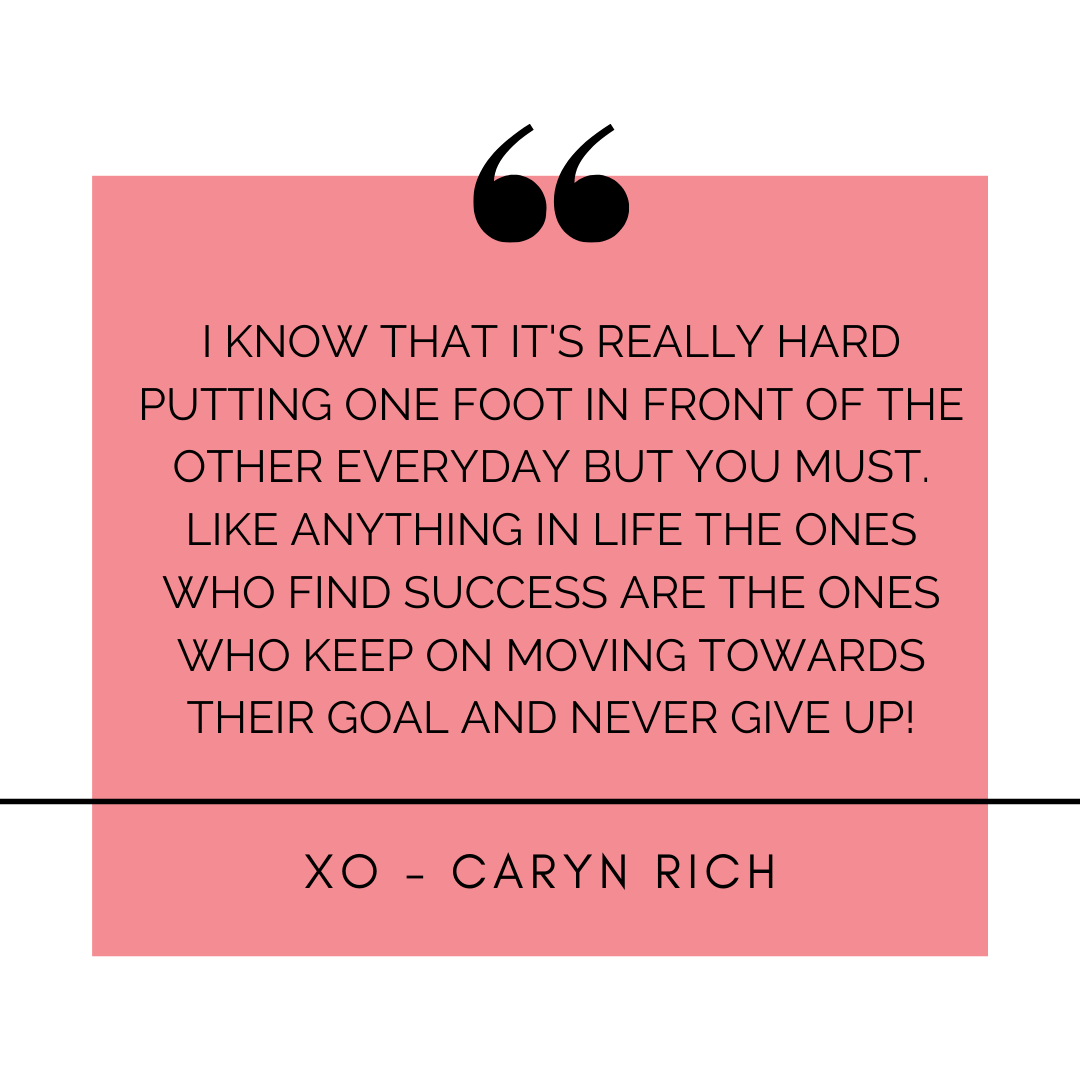 better. Even if you have had one remember that each of us goes through these experiences very differently. Years ago I was at lunch with 2 new mommy friends. One announced she had just had a miscarriage and was very distraught. I wasn’t in the habit of sharing back then and by then I had at least 2.  When she got up to go to the bathroom the other mom looked at me and said “so what she had a miscarriage she needs to get over it”. I was floored and beyond upset leaving that lunch date.

What I can say and know to be true is giving yourself time to wrap your head around what happened can really help.  Time will allow you the perspective to say I’m going to pick myself up and refuse to wallow. Yes, it’s sad to think about the life that could have been but you need to move forward.

I know that it’s really hard putting one foot in front of the other everyday but you must. Like anything in life the ones who find success are the ones who keep on moving towards their goal and never give up!

if there’s somebody who’s recently had one or needs to hear this, feel free to forward it on to them. I just want every single woman who is reading this and who has had a miscarriage too to know that I’m with you, my heart is with you and I’m here to support you.