The ABC’s of Infertility 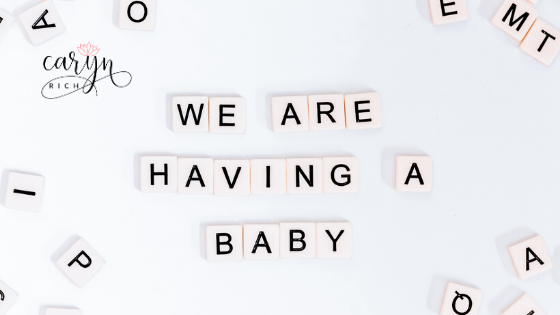 Do you speak Infertility?

Having to go through the infertility journey is hard enough but having to learn a whole new language is maddening!  Not only do you have to learn how to cope in ways you never imagined you need to learn a whole new language of abbreviations that are constantly used.  Sometimes it can sound so foreign, that I thought it might be helpful to compile an alphabetical list to help a sista out. Let me know if I missed any and feel free to share.

The ABC’s of Infertility

An immune disorder that can cause miscarriages and lack of implantation.

aka your period (the enemy – )

Procedure by which a small crack is made to the embryo that is believed to help the embryo implant in the uterus.

These are all immune disorders that can cause miscarriages and lack of implantation.

The umbrella word used to describe the medical procedures that are used to achieve pregnancy other than the old fashioned way.

When semen cause an immune response either in the male of female and antibodies are produced.

Organization dedicated to the advancement of Reproductive Medicine.

I’m quite certain you are familiar with these.  (Insert emoji)

What fertile couples do to get preggers.

The hormone that the embryo produces when it implants in the uterus.  This is the blood test that is done after the 2WW.

Get ready for lots of it!

Cycle day 1 is your first day of AF.

What happens when you take fertility drugs.

aka Estrogen.  Will be monitored during various stages of stimulation and after implantation.

A disorder whereby uterine tissue grows outside the uterus.  This can cause painful periods and can be a cause for IF.

When the eggs that you have stimulated are removed from your ovaries.

When the embryo is transferred back into your uterus in hopes of it implanting.

Can be heard around 7 weeks of pregnancy and right before being released from your RE.

The period of you cycle where the follicles are growing.

When you have extra viable embryos that are not transferred you can freeze and store them for a later cycle.

Hormone that is injected to grow many eggs at one.  Brand names such as Follistim, Gonal-F and Bravelle.

When a gamete is placed directly into the fallopian tube.

A type of x-ray test that can show whether the fallopian tubes are open or closed.

A type of IUI where the sperm are injected onto the cervix.

When there is an issue with the sperm the embryologists can take a single sperm and inject it into the egg in order to fertilize it.

Having a hard time getting pregnant doing the baby dance.

Hurt like hell and are used for many shots during a cycle like Progesterone.  Injected directly into a muscle.

Procedure where the sperm are injected into the uterus.

The process of having a test tube baby.

An IV medication sometimes used to calm an immune response your body may have to pregnancy.

A procedure whereby the dad to be’s white blood cells are injected into the mom to be to help her immune system prepare for pregnancy.

A type of white blood cell that can cause implantation failure and miscarriage when the embryo is seen as a foreign body.

The hormone needed to help thicken the uterus for implantation.  Will be checked after retrieval and during pregnancy.

When a woman’s hormones are out of whack causing irregular periods and possible IF.

A test that measures the interaction of sperm and cervical mucus.

You have a bun in the oven.

POAS – Pee on a Stick

What most couples get to do.

When the embryo is tested before implantation to ensure it’s a viable embryo.

Infertility that occurs before you have had a live birth.

When scar tissue forms on the woman’s reproductive organs and prevent sperm and egg meeting.

Injectable form of Progesterone that is typically mixed with peanut oil.

Medical term used to describe the tissue formed when an egg and sperm unite.

When your water breaks earlier than expected.

A specialist who treats IF.

A specialist who treats IF as it relates to the immune systems interaction with the reproductive system.

The name for the class of drugs used to stimulate the follicles.

A test that looks at the immune cells response to pregnancy.  When elevated may explain RPL.

When you keep miscarrying (insert emoji).

When a man’s swimmers are tested to ensure they can get the job done.

Primary organization of professionals dedicated to ART in the U.S.

When IF occurs after having already achieved a natural pregnancy and birth.

A lab test that can predict the ability of a mans sperm to penetrate an egg.

SPAL – Subsequent Pregnancy After a Loss

When an injection of medication is under the skin but does not go to the muscle.

A procedure by which sperm are collected directly from the testicles.

When early embryos are transferred into the fallopian tubes instead of the uterus.

A hormone that helps regulate how your body uses energy.  If the levels are either too high or too low can result in RPL.

Trying to have a baby (emoji)

This is the period of time after an IVF Transfer that you wait until your pregnancy test.  In my opinion the most torturous….

Medical recommendation from a doctor.

Imaging that uses sound waves to see inside the body.

When a test result is considered normal.

When a zygote is placed directly into the fallopian tubes